In 2018, IFES partnered with disabled people’s organizations (DPOs) in every region of the world to develop new tools and approaches to empower people with disabilities to participate in political life.

Celebrating Leadership of Persons with Disabilities

Throughout the month of December, @IFESDisability will be posting photos of disability rights advocates from around the world with statements that celebrate the political leadership of women and men with disabilities. Follow updates using the hashtag #AVoteForEveryVoice and #LeadersEnabled. 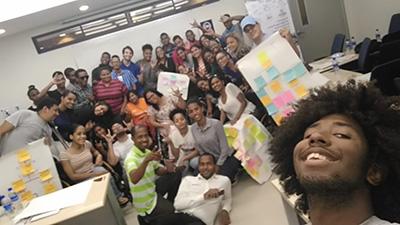 Young women and men with disabilities pose for a group photo during a political leadership course led by IFES in the Dominican Republic in October 2018.

Young women and men with disabilities pose for a group photo during a political leadership course led by IFES in the Dominican Republic in October 2018.

In October, IFES launched a political leadership course, Engaging a New Generation for Accessible Governance and Elections, to empower young women and men with disabilities. The semester-long course builds the leadership skills of youth with disabilities through classroom learning, interactive group work, guest lectures by regional experts, site visits to political institutions, and internships with government stakeholders. The course has been piloted in the Dominican Republic in partnership with Disability Alliance for Our Rights and the National Iberoamerican University of Santo Domingo. 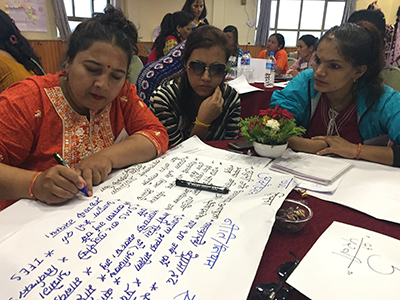 Women with disabilities from different districts across Nepal work together to discuss policy priorities at the Power to Persuade training led by IFES in Nepal in August 2018.

Advocacy and Leadership Trainings Empower Women with Disabilities in Asia

Women with disabilities from different districts across Nepal work together to discuss policy priorities at the Power to Persuade training led by IFES in Nepal in August 2018.

As part of its Power to Persuade training, IFES partnered with the National Disabled Women’s Association to train Nepali women with disabilities on how to develop a unified policy platform and practice advocacy skills for communicating with government and politicians. In Myanmar, IFES produced the video below as part of its She Leads women’s empowerment program featuring alumnae who have taken on leadership roles to advocate for persons with disabilities.

In Kenya, IFES collaborated with Women Challenged to Challenge, an umbrella DPO, to develop a Power to Persuade policy platform document to support women with disabilities’ advocacy efforts. This document outlines clear steps for engaging with government officials and local political structures so that Kenyan women with disabilities can advocate for policies important to them.

IFES has developed a new tool, the Intersectionality Assessment Framework, to identify intersectional barriers and opportunities related to political participation of people with multiple social identities, such as gender, disability and age. In 2018, the framework was piloted in the Dominican Republic, Tunisia and Lebanon. 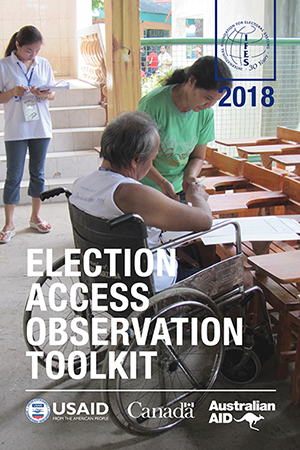 In October, IFES launched the Election Access Observation Toolkit, a resource that provides DPOs and election observer groups with the background and tools to effectively incorporate a disability rights perspective into domestic and international observation missions. The toolkit gathers lessons learned from election access observations conducted by IFES and DPOs in a wide range of country contexts.

Learn more about IFES' disability inclusion programming and visit ElectionAccess.org for the latest on disability rights and inclusive political participation.

Getting Results on the Bureaucratic Merry-Go-Round in Armenia The Engaged Citizen is a civic education course made possible by the support of USAID as part of the Strengthening Electoral Processes and Political Accountability in Armenia (SEPPA) project implemented by IFES. Participant Lilit Petrosyan shares the program's impact. December 21, 2022