As key election stakeholders, journalists have an important role to play in facilitating political discourse, fostering transparency and information-sharing, and serving as an effective forum for public debate, all of which strengthens the democratic process. In order to fulfill these responsibilities, journalists must be equipped with the knowledge and skills needed to conduct accurate election reporting, and they must also be made aware of their duty to mitigate hate speech and incitement to violence that too often arise in election environments. 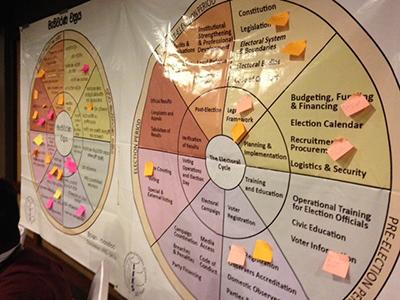 Sri Lanka’s upcoming local government election will introduce numerous changes to the electoral system. Key revisions include a shift from proportional representation to a mixed-member proportional representation (MMP) system, and the adoption of the nation’s first women’s quota, which mandates that women make up at least 25 percent of all local government leaders. Added to these changes, the local government election will mark the largest election in Sri Lanka’s history, with an estimated 70,000 candidates running for 8,486 seats nationwide. The public will need to be informed of these changes in a balanced, impartial and fair manner.

To meet this need, on January 8 and 9, the International Foundation for Electoral Systems (IFES) organized a two-day media training on principles of election reporting for 37 journalists from Sinhalese, Tamil and Muslim communities from across the country. Eager to ensure their ability to provide responsible coverage in the upcoming election, participants: 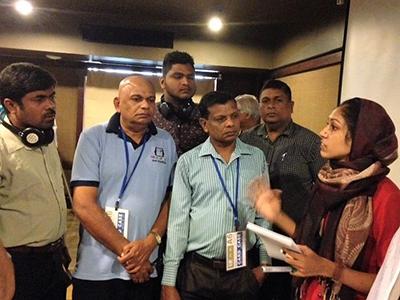 The training also introduced journalists to challenges in regulating hate speech as well as the ethical dilemmas journalists face in deciding how and when to report on candidates’ inflammatory statements without amplifying them. Building on these knowledge gains, the training culminated in IFES’ flagship election crisis simulation. During the simulation, participants assumed roles of security actors, election administrators, civil society, and political representatives and practiced how to accurately and thoughtfully report a candidate’s use of hate speech and violent rhetoric and the violence it has unleashed while not exacerbating its impact further. They also experience first-hand the tension between unbridled free speech versus hate speech that needs to be curbed. 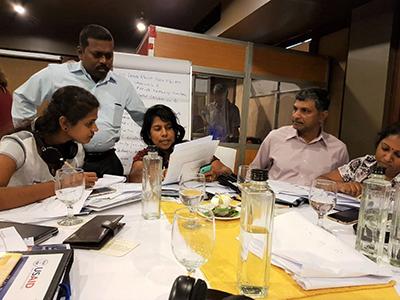 In an attempt to halt publication of speech even before it led to violence, participants playing the role of the Election Commission immediately released media guidelines with new restrictions and worked in coordination with the police group to initiate investigations into possible election or criminal violations. All groups gained a new appreciation for the difficult decisions each institution must make during an election as well as the importance of working with different stakeholders and the challenges they face. As one participant reflected: “Once you take on the role of the police you realize how tough it is to deal with so many complaints at once and verify all of them.”