Following a coup d'état in 2011 that removed long-time president of Mamadou Tandja from power, the country has held several presidential elections in the context of a deteriorating security environment posed by Al-Qaeda- and Islamic State-linked violent extremist organizations. Despite security and political challenges, Niger’s democracy has proven resilient, particularly in the context of a series of coup d'états that have occurred in the region since the summer of 2020. In this context, IFES partners with Nigerien institutions to strengthen the internal capacity and organizational development of its democratic institutions so that it can continue to serve as an example of a resilient democracy in an increasingly troubled region.

Niger held general elections over a three-month period from late 2020 to early 2021. The stakes for these elections were high, with the pre-election period marked by high levels of political tension and polarization and a stalemate over electoral reforms between government and opposition parties. These elections marked the third time since 2011 that citizens went to the polls to directly elect their leaders and the first peaceful transfer of power from one president to the next. Despite an assault on the presidential palace by a small military contingent just days before inauguration day, Mohamed Bazoum was sworn in as Niger's president April 2, 2021.

IFES specifically worked to increase the leadership capacity of the CENI, support operationalization of the CENI’s 2020-24 strategic plan and support the development of a gender policy. Based on the recommendations from multi-stakeholder post-election evaluations, CENI identified priority areas of work to ensure the smooth administration of future elections. IFES supported the CENI in addressing these areas by facilitating BRIDGE trainings, providing technical assistance to develop the research, monitoring and evaluation department and supporting the CENI in institutionalizing processes for inclusive community consultations.

Overcoming Challenges to Democracy and Governance Programs in Post-Conflict Countries: CEPPS Lessons Learned How can democracy and governance programs be more effective in post-conflict environments? May 18, 2021
Election FAQ 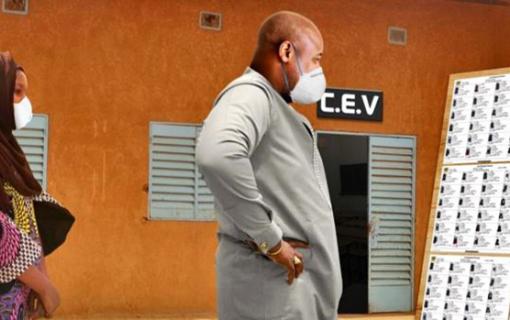