Following the 2014 popular uprisings that removed long-time ruler Blaise Compaoré from power, an unprecedented democratic opening emerged in Burkina Faso for one of the first times since the country’s independence. This culminated in democratic elections held in 2020. However, a military coup in 2022 and an escalation of violence have posed new challenges. In this context, IFES is working with the Independent National Electoral Commission (CENI) and other partners in Burkina Faso to support the return to democratic and representative governance in the country.

A rapid escalation of jihadist-driven insecurity in Burkina Faso endangers a substantial portion of the populace while making regions of the country inaccessible to government officials and limits civic engagement. Due to security concerns, the CENI prevented over 10 percent of electoral precincts from voting in the November 2020 elections out of fear of attacks. In addition, the massive social and economic upheaval caused by the prolonged and intensifying conflict has internally displaced nearly one million Burkinabe. These challenges are exacerbated by the risks and restrictions imposed by the novel coronavirus pandemic, which — for the sake of public health — constrains public assembly, freedom of movement, economic opportunity and safe access to political participation. This was further complicated by a coup d'état in January 2022 which led to the overthrow of President Kaboré and the installment of a transitional military government.

IFES currently implements the Promoting Peaceful, Democratic, Transparent and Inclusive Elections in Burkina Faso project (PPDTIE-BF), funded by the United States Agency for International Development. This Consortium for Elections and Political Process Strengthening (CEPPS) project is implemented in coordination with the National Democratic Institute. IFES has provided targeted technical assistance to the current iteration of the CENI and will provide training and technical support to the new CENI Board members, who are anticipated to start their mandate in August 2021. In the build-up to delayed local elections (scheduled to be held in May 2022), IFES will assist electoral stakeholders to institute short-term electoral reforms and support measures for the Burkinabe electoral framework to be more inclusive of traditionally marginalized groups. After the local elections, IFES will support the institutionalization of the CENI's capacity building to allow them to meet future needs in the post-electoral phase sustainably.

Partnership for Participation and Poise in Epic Polls 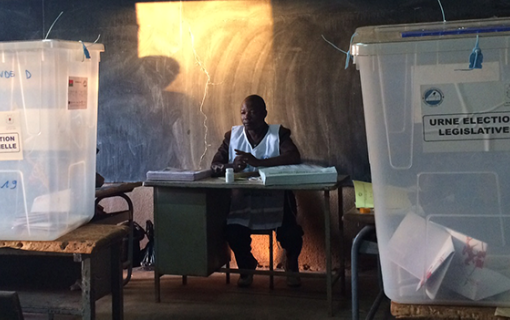 Elections in Burkina Faso: 2020 General Elections On&nbsp;Sunday,&nbsp;November&nbsp;22,&nbsp;Burkinabè&nbsp;voters&nbsp;will&nbsp;go to the polls for&nbsp;presidential, legislative and provincial&nbsp;elections.&nbsp;The&nbsp;elections constitute a rare window of opportunity for democratic consolidation and progress in Burkina Faso. November 17, 2020
News and Updates Feature 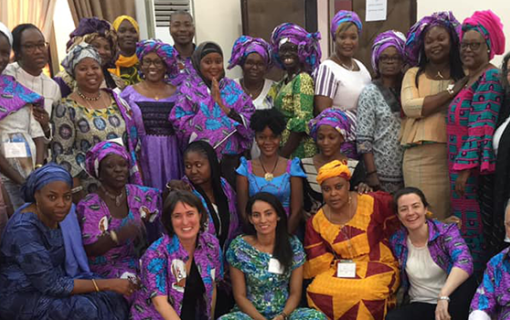 Advancing Women, Peace and Security Agenda in the Sahel IFES partnered with the Research Network on Peace Operations to support women working on women, peace and security issues from across the Sahel region and Côte d’Ivoire during a training held from March 7-10 in Burkina Faso. April 16, 2019
Election FAQ 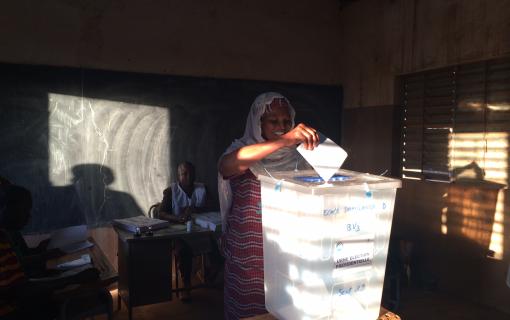 Elections in Burkina Faso: 2017 Municipal Elections On May 28, Burkinabé&nbsp;voters in 19 communes will elect municipal councilors, who will in turn elect their mayors and deputy mayors.&nbsp;To help you understand this important electoral process, check out IFES' FAQs. May 19, 2017
Election FAQ 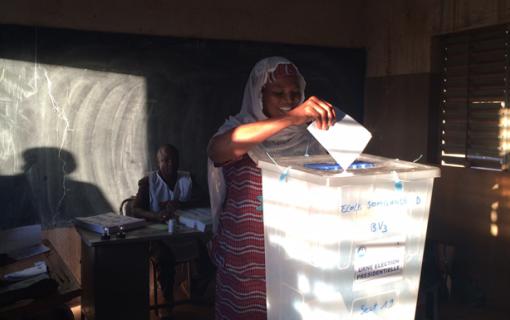 Elections in Burkina Faso: 2016 Municipal Elections On May 22, Burkinabe voters will elect Municipal Councilors, who will in turn elect their Mayors and Deputy Mayors. In total, 19,624 seats will be contested in 9,299 electoral districts. May 20, 2016
News and Updates Feature 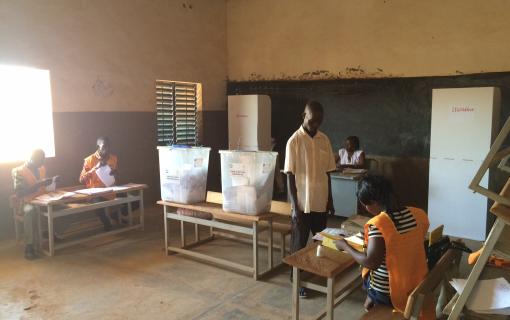 A Look at Burkina Faso’s November General Elections On November 29, citizens of Burkina Faso headed to the polls to elect their next President and Deputies who will represent them in the National Assembly. December 4, 2015
Election FAQ 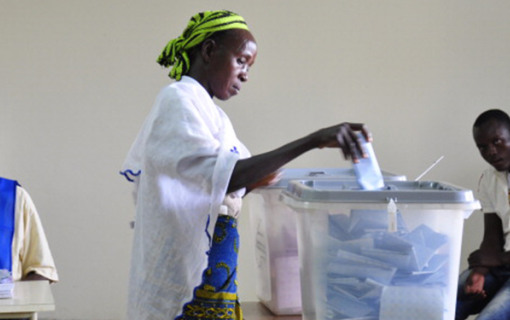 Elections in Burkina Faso: November 29 General Elections On November 29, citizens of Burkina Faso will head to the polls to elect their next President and Deputies who will represent them in the National Assembly. These elections were originally scheduled for October 11, 2015, but were postponed until November 29 due to a coup d’état on September 17. November 24, 2015