Asunción - 19 April 2008 – Hours from opening of the polls on April 20, the date on which Paraguayan voters will elect their highest national and departmental authorities, the International Foundation for Electoral Systems’ (IFES) International Electoral Observation Mission, led Dr. Andres Pastrana, the former president of Colombia, sends this message:

·         IFES urges all Paraguayans to come to the polls and exercise their right to vote; to elect authorities according to the will of the people. In a democratic system, elections represent true civic celebration. It is the responsibility of all citizens poll with a spirit of peace and tolerance.

·         IFES reiterates its call to all political actors to maintain calm, prudence, patience and responsible behavior during and after the elections and, especially, recommends those running for president and political leaders in general should avoid premature and unofficial victory proclamations affecting the tranquility in the country as a whole.

·         Recommends to the press and media outlets they should comply with the legal norm which prohibits publication of exit poll results until permitted to do so by Paraguay’s electoral law and abstain from divulging results that create false expectations.

·         IFES calls on electoral authorities, political parties, alliances, movements and the Paraguayan citizens at large to recognize, accept, and respect the popular will for the benefit of Paraguay’s democratic development.

IFES has maintained a presence in-country since late-February via an Electoral Observation team which has been in communication with all electoral actors. Currently, IFES deployed international electoral observers in Asuncion and 11 departments in the interior of the country, with the objective of monitoring the April 20 general elections according to international standards and national laws which lend legitimacy to elected authorities.

IFES is an international, non-profit organization that supports the building of democratic societies. 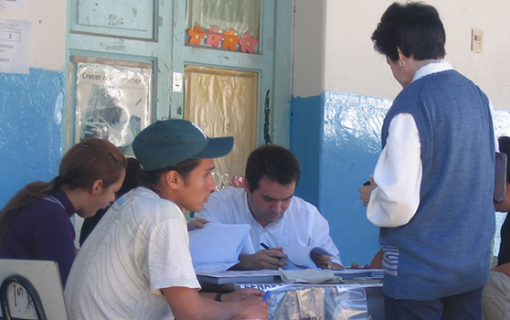