The problem of disinformation defies limitation to political, geographic or even linguistic boundaries. The International Foundation for Electoral Systems’ (IFES) approach to media and elections centers on multisector collaboration to countering the information wars that threaten democracy and electoral integrity. On April 8-9, IFES implemented a workshop on “Electoral Coverage in an Era of Disinformation” in Panama City for 48 journalists, candidate representatives and Electoral Tribunal (TE) staff. The interactive workshop was organized in partnership with the TE and funded by the United States (U.S.) Embassy in Panama. 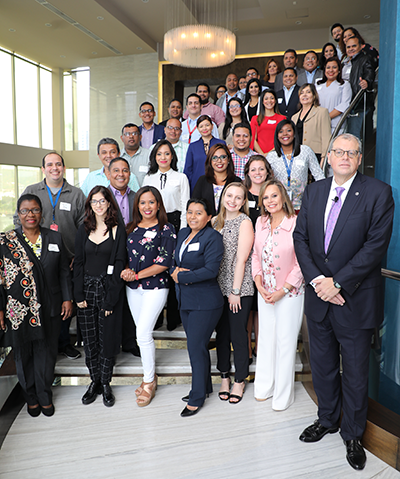 Participants on the first day of the workshop © U.S. Embassy in Panama

IFES worked in close partnership with workshop facilitators, former CNN journalist Glenda Umaña and political analyst Armand Peschard, and the U.S. Embassy in Panama in designing the training to be responsive to Panamanian journalists’ needs while remaining objective and providing a comparative perspective. The facilitators’ complementary expertise allowed Umaña to serve as an mentor to the journalists, sharing her personal experience with covering elections and political processes, while Peschard lent expertise in legal analysis and political context, both regional and local. IFES Program Coordinator for the Americas Marit Björnlund contributed to the design, development and implementation of the workshop.

TE Magistrate Alfredo Juncá opened the workshop, which was held less than a month before Panama’s presidential and parliamentary elections on May 5. Ryan Rowlands, political counselor of the U.S. Embassy in Panama, also spoke in the opening ceremony.

Throughout the training, participants engaged in a lively and productive dialogue and represented a wide range of organizations, including 16 media outlets, two presidential candidates and the TE. Workshop topics included the critical role of the media in the electoral process, international case studies of disinformation in elections, defining relevant terms, handling survey information, identifying and verifying fake news, responsible social media management, the electoral cycle, interviewing candidates and covering elections in an inclusive way.

The highly engaged participants were particularly excited about IFES’ tabletop simulation exercise, modeled after a similar exercise implemented in IFES media trainings in the Asia-Pacific region, and learning from interaction with IFES’ renowned facilitators. Peschard and Umaña also sat for interviews with the journalist participants that were then published in the Panamanian press as articles, podcasts, TV reports and more. These interviews discussed primarily the problems with fake news. The training also helped journalists to better understand Panama’s 2017 reformed Electoral Code and promote accountability in implementing this reform.

"The most important thing, in this electoral campaign period, is the fight against fake news… We need to ask ourselves as reporters: Am I presenting information that really is in the citizen’s interest? Am I telling the whole truth?” – Glenda Umaña in an interview with Lucy Garcés Évila from El Siglo

A photo gallery of the workshop can be found here or by clicking on the image below. 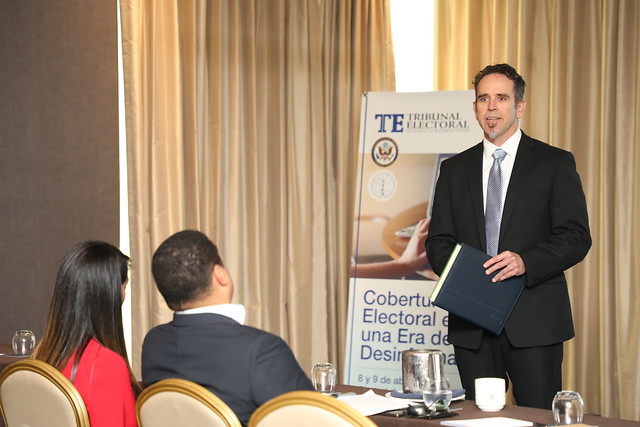 Ryan Rowlands addresses the group in the opening ceremony. © U.S. Embassy in Panama

*Marit Björnlund is a program coordinator for the Americas at IFES.