Washington, DC – March 08, 2007 – To be free and fair, elections must be inclusive. A new publication from IFES documents activities and lessons learned from the first-ever project that aimed to increase voting by Nicaraguans with disabilities and thereby make the country’s elections more inclusive.

Entitled Your Vote Counts, Your Vote Decides, the book is based on a successful program implemented by IFES and local partners to improve access to polling places and mobilize Nicaraguans with disabilities to vote in the 2006 general elections.

It describes actions citizens or election officials anywhere can take to encourage people with disabilities to vote. Suggested activities range from building ramps at polling sites to outreach to voters with disabilities to educating pollworkers and the public about the needs of disabled voters.

People with disabilities make up some 10 percent of the population of developing nations. Yet they remain largely invisible to the policy-makers who design and implement government programs. The steps described in this new book can help reverse this situation by making it easier for voters with disabilities to express their views at the ballot box.

The publication is available from IFES’ website (www.ifes.org/nicaragua.html) in both Spanish and English.

Zetterberg and members of the Supreme Electoral Council such as Magistrate José Luis Villavicencio and Director of Electoral Affairs Adonai Jiménez.

IFES is an international, nonprofit organiz ation that supports the building of democratic societies. 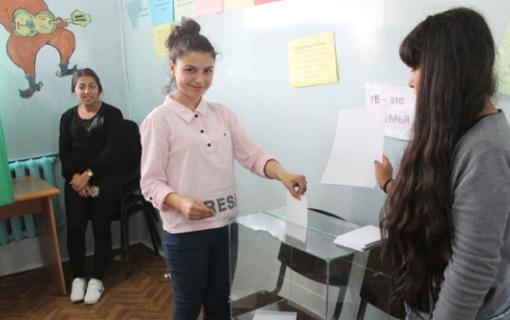