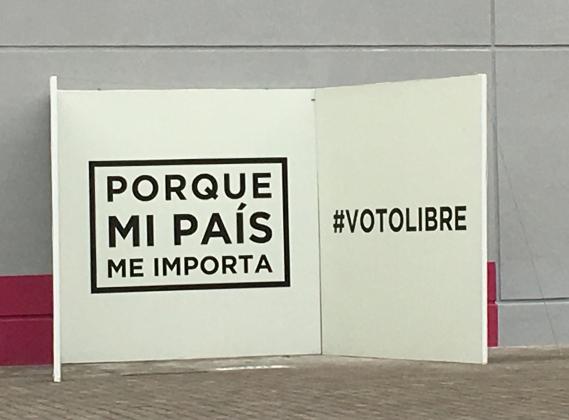 On July 1, Mexico held the largest elections in its history. Almost 90 million Mexicans were eligible to cast their ballots and elect over 3,000 representatives. These were also the first general elections to take place since the 2014 constitutional and electoral reforms, which brought significant changes to the country’s electoral processes, including to the roles of the different federal and local electoral authorities.

Despite having been approved by both chambers of the National Congress and a majority of the State Congresses, the recent political and electoral reforms are still seen as highly controversial, and their consolidation depends to a certain extent on the successful management of the upcoming elections.

From April 29 to May 5, 2018, the International Foundation for Electoral Systems (IFES), with the support of the Inter-American Institute of Human Rights (IIDH), participated in a Mission of Technical Accompaniment in Mexico City to analyze the reforms, identify their strengths and anticipate the potential challenges the country will face during its 2018 electoral processes. From June 28 to July 1, the mission returned to Mexico City to conduct follow-up interviews and observations during Election Day on July 1, 2018.

The following report documents the analysis of the results of the Accompaniment Mission. The mission was composed of Eugenio Chicas, Margarita R. Seminario and Armand Peschard-Sverdrup, who led the team and to whom IFES is very grateful for his technical contributions, dedication and commitment to Mexico's electoral institutions.

The opinions and views expressed in this report are those of the authors and do not necessarily represent those of IFES, the National Electoral Institute or the IIDH.