Garvin Brown recently retired from Brown-Forman Corp. (NYSE: BFB), the American wine and spirits company, founded by his great-great grandfather in 1870. During his time there, he worked in field sales in New York, held corporate roles in Louisville, Kentucky, operating roles in Europe and was its Chairman from 2007 to 2021.

Prior to Brown-Forman, Garvin worked at a non-governmental organization in New York, focused on building democratic institutions in the developing world. More recently, he has remained engaged in politics and global development issues by joining the Board of UK for UNHCR, the UN Refugee Agency's national partner for the UK, and via the endowment of the Diamond-Brown Chair in Democratic Studies at the Max Bell School of Public Policy at McGill University.

He resides in London, England with his wife, Steffanie, where they raised two children. 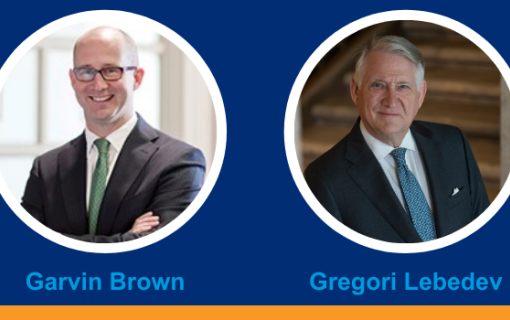