William J. Hybl is Chairman of El Pomar Foundation, after serving 30 years as Chairman and CEO. El Pomar is a general-purpose foundation and a national leader in innovative grantmaking; focusing on excellence in individual and organizational leadership. In part, because of these activities, the Association of Fundraising Professionals recognized El Pomar in 1998 as the National Foundation of the Year.

Mr. Hybl also serves as Vice Chairman of the Board of Broadmoor Hotel, Inc., and is President of the Air Force Academy Foundation and The Hundred Club of Colorado Springs. He serves on the Boards of Directors for Garden City Company, Garden City Kansas, FirstBank Holding Company of Colorado, Denver Colorado and Mountain States Employers Council, Denver, Colorado.

He was named 2003 Citizen of the West and in 2005 was re-elected to The Colorado College Board of Trustees. He was given the Outward Bound Compass Award in 2009 for a lifetime of service to America’s young people. Mr. Hybl was inducted into the Colorado Sports Hall of Fame in 2006. Mr. Hybl earned his bachelor’s degree from the Colorado College, and earned his Juris Doctor degree from the University of Colorado’s School of Law, in Boulder, Colorado. 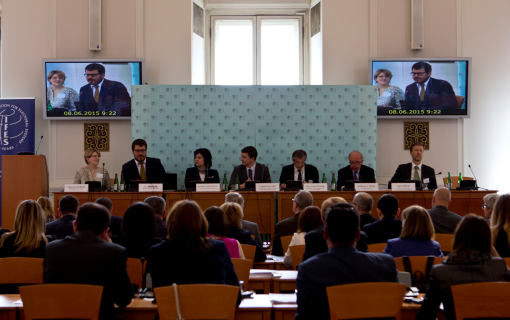 Commemorating the 25th Anniversary of Czechoslovakia’s 1990 Elections In commemoration of the 25th anniversary of Czechoslovakia’s historic 1990 Elections, IFES and the Czech Ministry of Foreign Affairs organized a conference to discuss the development of electoral democracy in the Czech and Slovak republics and in the countries of the Eastern Partnership. June 18, 2015