From June 8-9, 2015, government officials, diplomats, civil society activists, election experts and practitioners gathered in the Great Hall of the Czernin Palace in Prague, Czech Republic to commemorate the 25th anniversary of the first democratic elections in Czechoslovakia following the fall of communism. The distinguished guests assembled at the invitation of the International Foundation for Electoral Systems (IFES) Regional Europe Office and the Czech Ministry of Foreign Affairs (MFA) to participate in a conference dedicated to the development of electoral democracy in the Czech and Slovak republics and in the countries of the Eastern Partnership, which include Armenia, Azerbaijan, Belarus, Georgia, Moldova and Ukraine. The watershed 1990 parliamentary elections in Czechoslovakia served as the inspiration for discussions on a range of themes about the evolution of electoral practice over the past 25 years and the work that remains to be done to ensure credible electoral processes that reflect active and meaningful participation, genuine political competition, and the freely expressed will of the electorate.

IFES Board Director William J. Hybl opened the conference by sharing the experience of his ancestors, who emigrated to America from Czech lands 100 years ago. As an emissary of the U.S. Advisory Commission on Public Diplomacy and IFES, Hybl, along with the U.S. Ambassadors to the Czech and Slovak republics, the Honorable Andrew H. Schapiro and the Honorable Theodore Sedgwick, emphasized the role of the United States in promoting freedom and democracy in the region and reflected upon developments from the fall of the Berlin Wall to current day events in Ukraine. The Ambassadors counseled participants to not be discouraged by short-term democratic reversals in the region, noting that by its very nature, democracy develops over time and along a winding path. Drawing upon the observation of Winston Churchill, one of the speakers noted that “democracy is the worst form of government, except for all the others.”

Jan Jařab, the Regional Representative for Europe of the Office of the United Nations High Commissioner for Human Rights, gave a moving keynote address on his own experiences as a human rights advocate in Czechoslovakia and subsequently the Czech Republic. He challenged the audience to do more to address democratic deficits in their own countries and highlighted the immutable tenets of democracy. Jařab emphasized the plight of groups within society that are marginalized both politically and economically along with the influence of money in politics as two areas requiring particular attention. Slovak Ambassador to the Czech Republic Petr Weiss also inspired the audience with his account of the transitional process in Slovakia and the challenges facing democracy in his country including the implications of declining participation, particularly among young people.

The conference themes were selected on the basis of comparative analysis of election observer findings and expert analysis of the 1990 Czech legislative elections, subsequent electoral reforms and the most recent parliamentary and presidential elections in Belarus, Moldova, Ukraine, Georgia, Armenia, Azerbaijan, and Russia. The IFES Regional Europe team looked at some of the aspects of the 1990 Czech elections that rendered the process such a success as well as some areas for improvement, which have yet to be adequately addressed some 25 years later. Among the factors that contributed to the successful elections were public confidence in the neutrality of election administration, the accuracy of the voter registry, and robust voter education by multiple electoral stakeholders. Those aspects of the process that proved problematic – both then and now – included the electoral system and its implications for stable and effective governance; inadequate opportunities for the redress of electoral grievances; and extremely limited political finance regulation, oversight and enforcement. These issues are relevant today in the Eastern Partnership countries and formed the basis for six thematic panel discussions featured during the conference.

During the plenary session of the conference, experts from Organization for Security and Co-operation in Europe’s Office for Democratic Institutions and Human Rights and the Human Rights and Transition Policies department of the Czech MFA, among other experts, highlighted the evolution of approaches to election observation over the past 25 years, recent reforms intended to better integrate the findings and recommendations of election observer missions (EOM) with technical election assistance, and some of the key EOM findings and recommendations currently “on the books” across the six Eastern Partnership countries. The audience was then divided into breakout groups to consider each of the six themes (electoral systems, constituency delimitation, election management body [EMB] autonomy, electoral dispute resolution, political finance and voter participation) in terms of pertinent international standards, lessons to consider when trying to operationalize those standards, and related electoral trends.

Some of the topics that generated the greatest discussion among participants were:

The panels featured discussants from the Czech and Slovak republics, Europe, and the U.S., including seven IFES staff members.

The conference was intended to stimulate thinking and discussion among the participants and the IFES Regional Europe Office anticipates several follow-on workshops that will delve into the select themes in greater detail and feature experiential learning techniques. The first such workshop, which will address electoral dispute resolution and proper investigative techniques for election cases, is scheduled for September 24-25, 2015 in Prague. The June event was made possible with funding from U.S. Agency for International Development and the European Union as well as in-kind contributions from the Czech government. 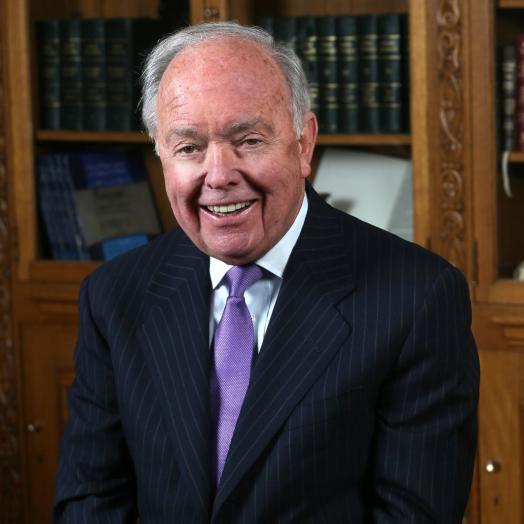 Elections in Bosnia & Herzegovina 2022 On Sunday, Oct. 2, voters in Bosnia and Herzegovina will have the opportunity to vote in the country's general elections. September 27, 2022
Publication Report/Paper