On June 13, 2022, the International Foundation for Electoral Systems (IFES) presented its 2022 Joe C. Baxter Award to Dr. Irena Hadžiabdić, the first woman to serve as President of the Bosnia and Herzegovina (BiH) Central Election Commission (CEC) and a member of the IFES Board of Directors.

Every year, IFES presents the Joe C. Baxter Award to honor an individual who – like Baxter – has a proven track record of exceptional dedication to election administration.

Hadžiabdić wrote her doctoral thesis on “European democratic standards and election system of Bosnia and Herzegovina” at the Faculty of Law in Zenica. She began her career in election administration with the Organization for Security and Co-operation in Europe (OSCE), helping to facilitate the first elections in BiH following the end of the Bosnian War (1992-1995). The challenges were formidable and helped shape her approach to election administration. As she wrote many years later,

…nearly half of the 4.37 million inhabitants had been displaced from their home towns and were living either abroad as refugees or in different parts of the country as internally displaced persons. Second, the elections were to be organized in conditions of heightened security and justice concerns. Large areas were covered by landmines; many civic and electoral records were destroyed; freedom of movement was limited; the reforms of the security sector were not fully implemented; and human rights were grossly violated in a large part of the territory. Third, these conditions were not conducive to effective freedom of the press, and hindered the free functioning of political parties and their campaigns. Nevertheless, according to the assessment of the OSCE’s Office for Democratic Institutions and Human Rights (ODIHR), the elections were a key milestone towards the democratic functioning of governmental institutions in BiH.

Those elections also framed the trajectory of her career. From 1997 to 2001 she worked in the Elections Department and the Democratization Department of the OSCE in Travnik and Zenica. After her work with OSCE, Hadžiabdić joined IFES Bosnia as Country Director in 2001. By 2007, Hadžiabdić was appointed to the CEC by the BiH Parliamentary Assembly and became the first woman to Chair the Commission in January 2010. She has participated in nearly 20 election observation missions, has served as president of the Association of European Election Officials (ACEEEO) and has represented the BiH CEC in the Oversight and Audit Committee of the Association of World Election Bodies (A-WEB). In 2014 she was invited to join the IFES Board of Directors. Hadžiabdić once shared that she felt she was “born to do elections.” She has also discussed how important her time at IFES was for the development of her career. “I owe all of my success to IFES, which is one big family that has always supported me,” Hadžiabdić said.

The presentation of the Baxter Award took place at a special joint meeting of the IFES Board of Directors and the IFES Country Directors, who had gathered in Washington, D.C. for a week of discussions and seminars.

“This is the moment that every election official dreams about,” Hadžiabdić said. “I am very happy that IFES has recognized my 26 years of efforts that I have put into the conduct of elections.”

The Joe C. Baxter Award honors election professionals whose skills and passion in the field of election administration embodies IFES mission. The award is given in memory of the late Joe C. Baxter, a legendary figure in the field of international electoral assistance. Baxter’s work with IFES set the standard for excellence in delivering democratic elections, and since 2009 IFES has recognized others for their significant impact.

On accepting the award, Hadžiabdić highlighted the substantial challenges facing elections professionals around the world.

“These new threats require a joint global fight for election integrity. They impact the level of confidence in election management bodies and the electoral processes,” she observed. “If we do not fight these challenges systematically, the will of people will not be respected, and elections will be meaningless.”

Hadžiabdić recognized the impressive work of her colleagues at the CEC in the face of these challenges and called on them to continue their commitment to democratic elections.

“I would like to dedicate the Joe C. Baxter Award to each and every member of the election administration in Bosnia and Herzegovina, hoping that it will inspire them to reach the highest standard in the services they provide to voters,” Hadžiabdić said.

Learn more about the IFES Joe C. Baxter Award in the video below. 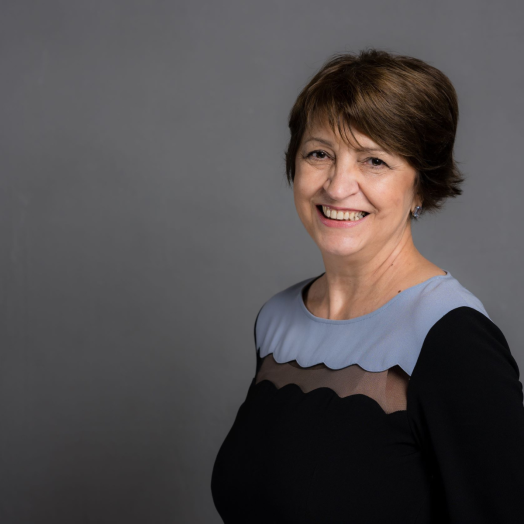