Once and for all, the November 2013 general elections in Honduras closed a significantly difficult chapter in the country’s history. After more than four years of holding its breath, wandering in a sort of purgatory, Honduras was able to fully regain its democratic footing. In the process, the country’s political landscape experienced deep changes; no longer is Honduras a two-party country, but rather a multi-party democracy with a promising future for political diversity. Indeed, Honduran democracy has not only been fully restored, it has also evolved.

To better meet and address the new and emerging changes of the new political reality, however, the country’s democratic institutions must also evolve. In this regard, the country’s Supreme Electoral Tribunal (TSE) may be first in line. Doing things as they’ve always been done will simply not be enough to conduct an acceptable electoral process in the future; as a result of last November’s polls, the political and electoral bars have been raised substantially. While the TSE may have organized and administered a successful, free, fair, and transparent electoral process in November, it did so at a very high risk and an exceptionally high price, both in terms of financial costs and human resource strain.

With the next electoral process three years away, conditions are ripe for the TSE to undergo transformative institutional strengthening efforts, ones that will modernize its internal structure, develop its organizational capacity, and improve its in-house processes and procedures. Certainly, the TSE has an important and unique opportunity to make sweeping changes aimed at preparing itself for a very bright future.

As part of these efforts, the International Foundation for Electoral Systems (IFES) recently conducted and completed an ambitious post-election evaluation and institutional modernization strategy designed to help the TSE chart a course for its much-needed transformation. After more than 80 hours of intense evaluation and strategic planning exercises held in Tegucigalpa with close to 60 key TSE employees and technical staff, including its four commissioners, IFES believes the TSE is ready to embark on a new and exciting stage in its evolutionary process.

The IFES-designed strategy was divided into two unique, albeit dependent phases. First, IFES sought to capture the varying opinions and perspectives from the TSE’s different departments regarding the organization’s strengths and weaknesses. Then, the methodology focused on generating discussions and initiatives aimed at the long-term strengthening of the TSE. During this first phase, which was implemented from March 3-26, 2014, IFES organized and conducted eight individual, day-long workshops with the TSE’s following departments: information technology, training, electoral operations, administration and finance, electoral census and cartography, general secretariat, communications, and leadership (commissioners).

The second phase of the IFES strategy was to undertake a four-day, institutional modernization retreat with representatives from each of the above-cited TSE departments. A total of 25 key members of the TSE, including department heads and TSE President David Matamoros, participated in this retreat, which was undertaken in the city of Comayagua, from March 31-April 3, 2014. The individuals selected to participate in this retreat demonstrated significant leadership traits during the first-phase workshops, and were identified as potential agents of change within the TSE.

As a result of these IFES-organized and conducted initiatives, very practical strategic action plans have been developed to contribute to the TSE’s institutional strengthening and organizational development efforts. These plans include inter-related short, medium, and long term strategies aimed at achieving and guaranteeing the TSE’s leading institutional role within the country’s ongoing democratic consolidation efforts.

To that end, IFES will continue working and collaborating closely with the TSE as it carries out its immediate, 60-day institutional reactivation plan. This plan will then pave the way for a seven-month mid-term strategy, from June 1-December 31, 2014. Once it completes these short- and mid-term strategies, IFES believes the TSE will be well-positioned to undertake a long-term modernization effort, starting in January 2015.

Luis Arturo Sobalvarro is IFES’ former Chief of Party in Honduras. He has more than 15 years of experience in electoral administration and democracy assistance.

Honduras
Related Resources
view All
Election FAQ Elections in Honduras: 2021 General Elections Hondurans will head to the polls on Nov. 28 to elect the President, members of the National Congress and members of the Central American Parliament. November 24, 2021
Election FAQ 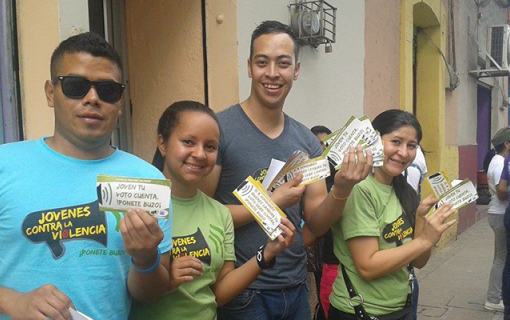 Elections in Honduras: 2017 General Elections On November 26, Hondurans will vote in general elections for regional, national and local officials.&nbsp;To help you understand this important electoral process, the IFES provides Frequently Asked Questions (FAQs) on Elections in Honduras: 2017 General Elections. IFES FAQs include:What is the election management body? What are its powers?What provisions are in place to promote gender equity in Honduras?How will voters with disabilities cast their ballots?How will election disputes be adjudicated? November 20, 2017
News and Updates Interview/Speech/Testimony Inspiring Youth to Take a Seat at the Table: A Q&A with Judith Lobos Judith Lobos, who recently worked with IFES in Honduras, shares lessons learned from over 20 years of experience in engaging youth in the political process. December 18, 2013
News and Updates Interview/Speech/Testimony High Turnout, Excitement around Honduras’ General Elections General elections in Honduras, held on November 24, 2013, saw a high percentage of registered voters going to the polls. Luis Arturo Sobalvarro, IFES Chief of Party in Honduras, answers some questions on Election Day. November 27, 2013
Election FAQ Elections in Honduras: November 24 General Elections Hondurans will cast ballots in general elections on November 24, 2013, electing a new President, presidential designees, deputies to the National Congress, mayors and vice mayors, among other positions. IFES' frequently asked questions (FAQs) shed light on the polls. November 15, 2013
Publication Report/Paper Women’s Political Participation in Honduras A guiding principle of democracy is social and political inclusion. However, the full participation of women in public life is an ongoing issue in many countries, and Honduras is no exception, despite progress made in recent years. As part of the Consortium for Elections and Political Process Strengthening&rsquo;s (CEPPS) 2012-2013 Honduras project, IFES and NDI completed the study Women&rsquo;s Political Participation in Honduras. This publication provides recommendations to improve women&rsquo;s participation in public decision making circles. September 12, 2013