The International Foundation for Electoral Systems (IFES) today announced that Andrew Kolb will join the organization as its next Director of Strategic Communications and Advocacy. As a global leader in democracy promotion, IFES engages with critical issues in democracy, human rights and governance around the world. Kolb’s first day in the role will be Oct. 17.

As Director of Strategic Communications and Advocacy, Kolb will collaborate with colleagues across IFES, to produce polished and compelling content. Kolb’s priorities will include refining and carrying out executive and organizational communications strategies, developing a clear organizational voice, advancing strategic communications goals and initiatives and overseeing foundational building projects such as website redesign and rebranding. He will develop a creative strategy that integrates video, podcasts, blogs, infographics and social media to elevate the organization’s work and help advance global discourse on democracy.

“IFES needs a storyteller, because we are facing a pivotal moment in the story of democracy,” said Tony Banbury, president and CEO of IFES. “I am so pleased to have a communications professional of Andrew’s caliber joining the team, so that IFES can more effectively tell the story of how we champion democracy around the world and lift up the voices of our local partners in democracy-building.”

Kolb has spent his career in communications for international nonprofits. He joins IFES from the German Marshall Fund of the United States (GMF), where he served as the communications director starting in 2016. In this role, Kolb led the organization’s public-facing response to world events. During his tenure, he oversaw the transformation of GMF’s digital channels, drove significant growth of its presence in international media and evolved GMF’s brand through a new visual identity, logo and tagline rooted in the organization’s Marshall Plan heritage and commitment to advancing democratic values in the 21st century.

Before GMF, Kolb served in multiple communications and marketing roles at Conservation International, leading a wide range of projects, including communications in support of U.S. funding for international conservation and spearheading the launch of the award-winning Nature Is Speaking brand campaign. Kolb’s career began in China, where he worked as a teacher and editor.

Kolb holds a BA in Philosophy and Mathematics from St. John’s College of Annapolis, MD, USA and resides in Washington, D.C. with his wife and three children.

The executive search was conducted by Pangburn International LLC of Washington, D.C. 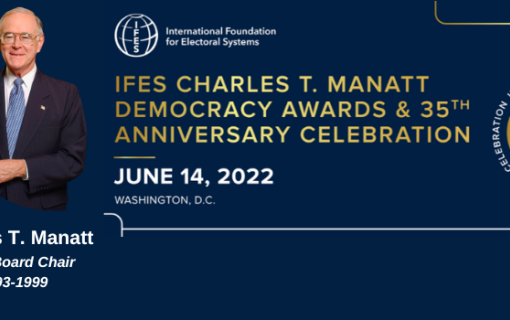