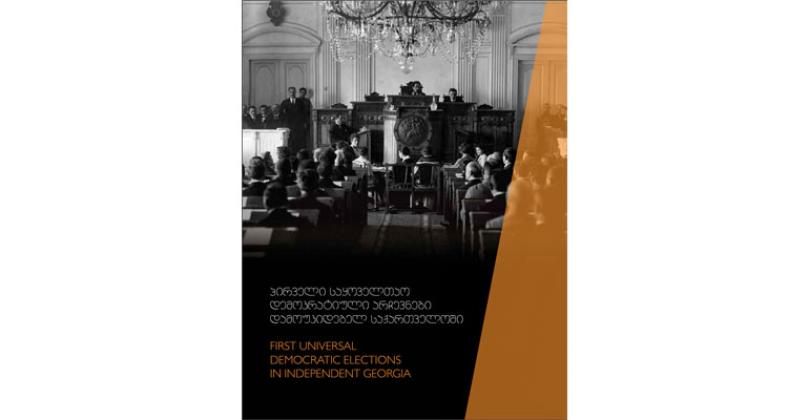 First Universal Democratic Elections in Independent Georgia offers a detailed overview of the first national democratic elections conducted in the Republic of Georgia in 1919. These elections served as an acknowledgement of Georgia's independence, which gave it autonomy for the next three years. The book portrays the spirit of multiculturalism being practiced in the lead up to and during the elections, through the development of campaign materials in several languages, such as Georgian, Farsi, Armenian and Russian, as well as allocating special quotas. It also reflects on how various ethnic groups were encouraged to represent their respective communities, with the participation of the Greek’s Democratic Party in elections offered as an example.

The first democratic elections proved to be successful in creating gender parity for women and men of Georgia. Other impressive aspects of these elections were how well structured reimbursement procedures were developed for parties and other procedures were conducted professionally, practicing the principles of equality, accessibility and accountability.

The book enables readers to get an insight into how Georgia’s newly established government tried to embark on an endeavor to build a democratic state, which would ensure prosperity and equality for its people. It also sheds a light on how advanced Georgian state bodies were in the first half of the 20th century, as the country strived for independence and development while being surrounded by the Russian and Ottoman empires. Representation and engagement of women and ethnic minority groups also serves as a best practice for that period.

The book offers a wide range of visual materials, which provide a better understanding of processes and circumstances of not just elections, but the general political situation in the country and contains documentary materials and historical photos.