On June 5, just a few days prior to the swearing in of the new President-elect, former interim President Adly Mansour ratified Egypt’s new parliamentary elections law, significantly altering the voting system established in 2011. In the former mixed system, two-thirds of representatives were elected through lists on the basis of proportional representation and one-third as individual candidates using the majoritarian system. The new law establishes what can be described as a dual-majoritarian system where 74 percent of representatives will be elected through the majoritarian system, 21 percent elected from closed, winner-take-all party lists, and 5 percent appointed by the president.

Additionally, the new law creates quotas – applicable only to the upcoming 2014 parliamentary elections – for the closed lists. It mandates that lists running for the two electoral districts having 15 seats each should include at least three Coptic candidates, seven female candidates, two farmers and/or laborers, two youth candidates, one candidate with a disability, and one expatriate. For the two larger districts comprised of 45 seats each, the quotas increase to nine Coptic candidates, 21 female candidates, six farmers and/or laborers, six youth candidates, three candidates with disabilities, and three expatriates. A closed list or individual candidate wins if more than 50 percent of valid votes are cast in that individual or list's favor – hence the description ‘dual majoritarian’.

Although the final redrawing of electoral districts for the majoritarian ‘individual’ system, with the concomitant number of seats per population size and geography, is yet to be determined, the size of the four constituencies allocated for the closed lists is believed to be too large to foster links between the candidate/party and the constituency. Moreover, the current system is thought to weaken the development of political parties by continuing to rely on traditional alliances and wealthy individuals. This implies a possibility of the election of old-guard leaders reluctant to check executive power, which could result in a pliant legislature. The new electoral system has alienated some political parties, at least in their public discourse, for what is perceived to be the backing of a system that – in Egypt – has historically reinforced networks of political patronage and restricted access to political participation by favoring wealthy and politically connected candidates at the expense of lesser-known individual candidates and parties. Supporters of the law, however, argue that voters prefer to elect known candidates, and are more familiar with a focus on individual candidates, which harkens back to the electoral system utilized under former President Hosni Mubarak. The new measures, coupled with the formal banning of the Freedom and Justice Party, effectively rule out the Muslim Brotherhood from parliamentary representation.

Despite widespread criticism, President Abdel Fattah al-Sisi has continued the crackdown on dissent initiated by the interim government preceding him, and has publicly questioned the pace at which Egypt can become a fully-fledged democracy. After two popular movements that resulted in the ouster of two Presidents only two years apart from each other, large segments of al-Sisi supporters appear to back the new President’s goal of fostering stability by dulling formal political contestation, as evidenced by their support of actions often criticized by the international community as inhibiting democratic discourse.

While political parties continue to appeal to President al-Sisi to reconsider the newly established electoral system, the extent to which Egypt’s political divisions over fundamental questions – such as political freedoms, the role of religion in statecraft, and even the legitimacy of the recent elections – will dissipate before or after parliamentary elections remains unclear. Though President al-Sisi won the vast majority of the vote in the May 2014 presidential election, declining rates of voter participation raise questions on whether the successive transitional administrations have irrevocably alienated huge constituencies of the voting public, including the youth and liberals. Furthermore, although al-Sisi’s long-term outlook on Egypt’s democracy goals appear to enjoy the support of his backers, with the current polarization of Egyptian society, an arguably exclusionist electoral system risks prolonging Egypt’s political instability. At the time of this writing the parliamentary elections are still unscheduled and the political situation is in flux with efforts at creating party alliances being undone. It is still possible, given the current political fluidity, to amend the electoral system for a more inclusive legislature. 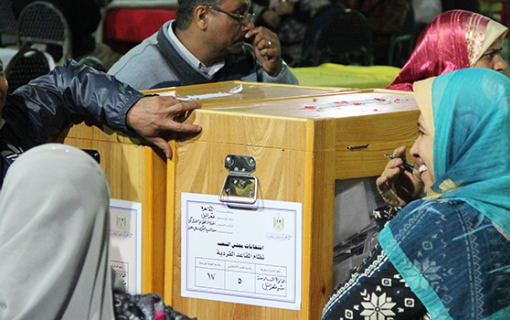 Elections in Egypt: 2018 Presidential Election Egyptians voted for their next president from&nbsp;March 26-28, while out-of-country voters went to the polls from March 16-18.&nbsp;These elections were the first conducted by the National Election Authority (NEA), which was established in 2017.&nbsp;To help you understand this important electoral process, IFES provides Frequently Asked Questions (FAQs) on&nbsp;Elections in Egypt: 2018 Presidential Election. March 12, 2018
News and Updates Feature 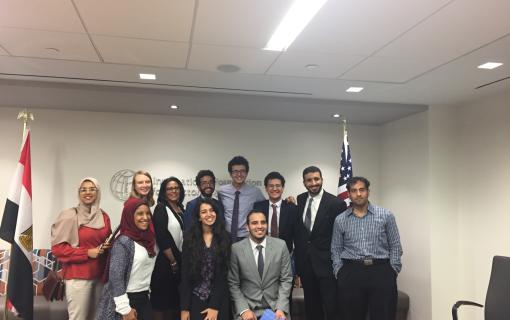 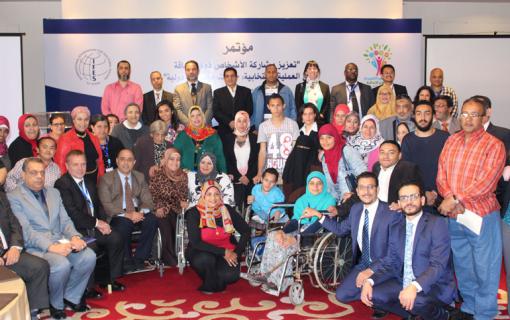 Egypt’s National Council for Disability Affairs and IFES Host International Conference on Electoral Accessibility The International Foundation for Electoral Systems (IFES) and Egypt’s National Council for Disability Affairs hosted a conference in Cairo on April 12 and 13, 2016 on electoral access for persons with disabilities, with over 180 participants in attendance. April 22, 2016
Election FAQ 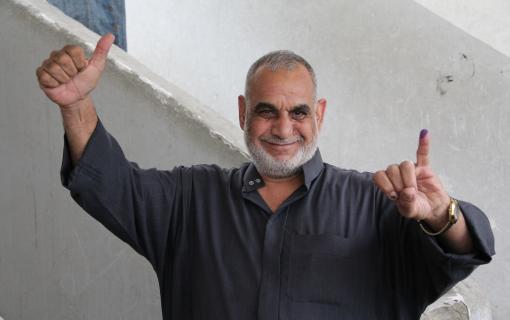 Elections in Egypt: 2015 House of Representatives Elections On October 17, 2015, Egyptian citizens will head to the polls to elect members of the House of Representatives. The elections represent the final milestone of a transitional roadmap following the removal of former President Mohamed Morsi from office in July 2013. October 14, 2015
News and Updates Feature President Bill Sweeney Reaffirms IFES’ Relationship with Egyptian Stakeholders As Egypt prepares for parliamentary elections that will be held starting in March 2015, International Foundation for Electoral Systems (IFES) President and CEO Bill Sweeney traveled to Egypt to reaffirm IFES’ commitment to working with key Egyptian government stakeholders. At a reception held in Cairo on February 5, President Sweeney met with the spokesman of the High Elections Commission (HEC), Judge Omar Marwan, and Chairman of the State Information Service Ambassador Salah Abdel Sadek. They were joined by officials from the Ministry of Social Solidarity and Ministry of Transitional Justice; members of the diplomatic community, including representatives from the U.S. Embassy and U.S. Agency for International Development, and the Embassies of Switzerland, the United Kingdom, Australia, and the European Union; and representatives from the United Nations Development Programme and the Arab League. February 20, 2015
News and Updates Feature Roundtable held in Cairo on New Disability and Elections BRIDGE Module The International Foundation for Electoral Systems (IFES) organized a roundtable in Cairo, Egypt as part of the development of the Building Resources in Democracy, Governance, and Elections (BRIDGE) training program. The new disability rights module is being developed along with IFES teams in Haiti and Indonesia. The session focused on identifying key issues regarding inclusion of people with disabilities in the electoral process. Participants from various disabled persons’ organizations (DPOs) in Egypt discussed ideas with IFES staff and curriculum developers. July 30, 2014