The creative content was based on data-driven insights that informed how the communication was structured, who the messenger was and what types of messages motivated people to vote. 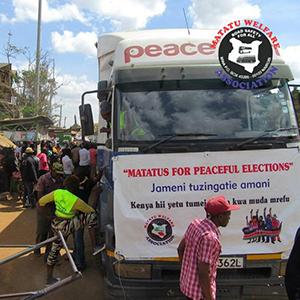 A majority of our target audience ride matatus daily. A matatu is a form of public transport that looks like a mini-van and is famously characterized by blaring popular music, heavy beats, artistically decorated interiors and exteriors and erratic driving. For most Kenyans, it is the easiest and most affordable means of public transport. The radio spots all had one characteristic in common: They told a story. Most voter education radio ads contain public information and facts; however, great radio spots are short epics using a story to cement relevant voter education into the receptive mind of the voter.

KEAP partnered with the Matatu Welfare Association, who provided training for their drivers and conductors about election ethics and encouraged them not to partake in violent partisan activities through a code of conduct and disseminated voter information. 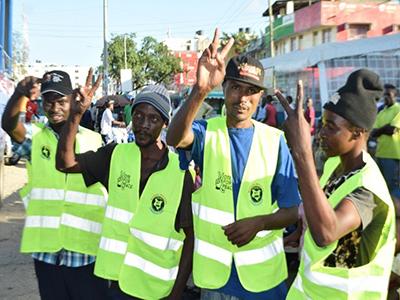 As communicators, we know that our senses shower us with millions of pieces of information at a time, however our conscious is only capable of registering a hand full of them. With that in mind, KEAP found creative ways to engage the captive matatu audience by producing a one-hour long radio mix and five radio spots, not to compete with the matatu culture, but to complement it. We hired one of the most popular DJs to mix the radio spots together within a popular music set. The radio spots did not spend 60 seconds spewing facts about voter education, rather it told a story using peer voices and contexts. The mix was distributed to Ghetto Radio (a popular radio station for matatus and the target audience) and to over 15,000 matatus.